Europe is the most famous continent of the world for travelling in countries like France, Germany or Italy because of its museums and cuisines. For citizens of the USA, it is the most popular continent to explore new things, but their exploration is decreasing due to new rules of travel.

Now you will probably think about the changing of travelling rules in the E.U

The process was changed in the E.U. because of terrorism threats, which were increasing rapidly. So the Union of Europe decides to create new travelling programs that prevent such risks and strengthen their corners. Still, it makes U.S residents travelling to Europe difficult because they need to get permission letter as authorization to travel. After knowing about the new travel rules, you will probably be thinking about the term :

1 of 3
share on: FacebookTwitter
previous article
Power Up Your Morning with This Easy-to-Do, Healthy Berry Smoothie Mix
next article
The 8 travel tips that more experienced travelers recommend 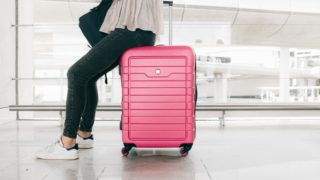